Friday was school day. Our visitors had already come along to Breakfast Club and had been playing with our children before school, but Friday was their chance to join in classes and see what we do at Manor Park. They joined the P5, P6 and P7 classes to do Spanish, PE and writing. They also got the chance to go into the field and playground to play football and tennis and try out some of our new bikes.

After break they joined in our assembly, heard a Spanish song and some Scottish songs, saw our Scottish Country Dancers and Dance Crew, and even joined in a ‘Strip the Willow’! They also sang a Scottish song for us – ‘Will You Go Lassie Go’, and did it beautifully. 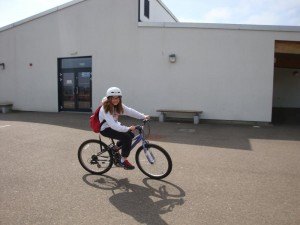 I’ve cycled all the way from Nestor Perret to Manor Park! 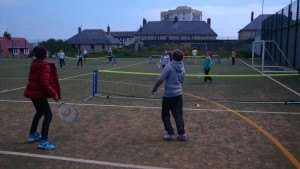 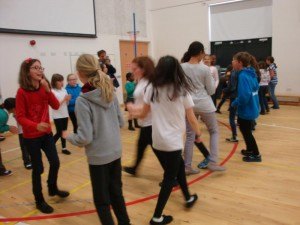 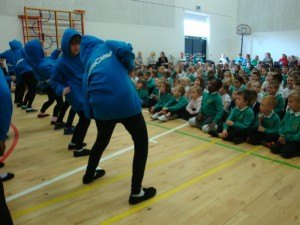 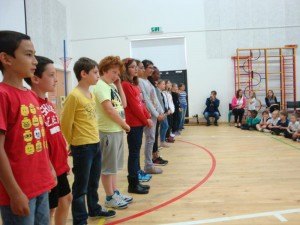 Will you go, lassie, go and we’ll all go together… 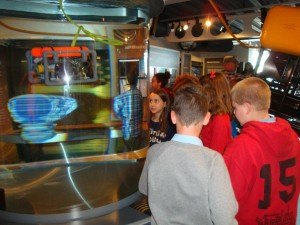 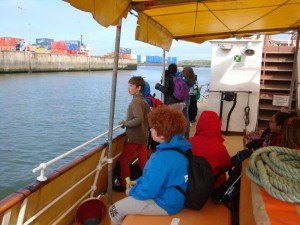 On the way out of the harbour to see the dolphins 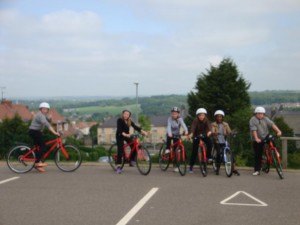 All together on the bikes

Friday afternoon was all at sea. First we visited the Maritime Museum for a fascinating talk about some of their objects – including a wooden leg! – and had great fun exploring some of their interactive exhibits. Then it was on to one of the highlights of the visit – a wildlife cruise from the harbour with a chance to see some dolphins. Fortunately, they put on a real show for us. Unfortunately, they were always just a bit too quick for the camera!