We are the CHAMPIONS!!! 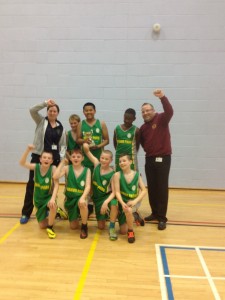 It was a magnificent final against Culter with both teams doing their schools proud. The match was won with the final play of the match with Manor Park winning 41-40.

We are all incredibly proud of our team who all played their part! A massive well done to Babil, Samuel, Klaudijus, Josh, Gabby, Charlie and tonight’s star player Ross!

The team would like to thank everyone who came along to cheer us on. Your support and encouragement really did help!